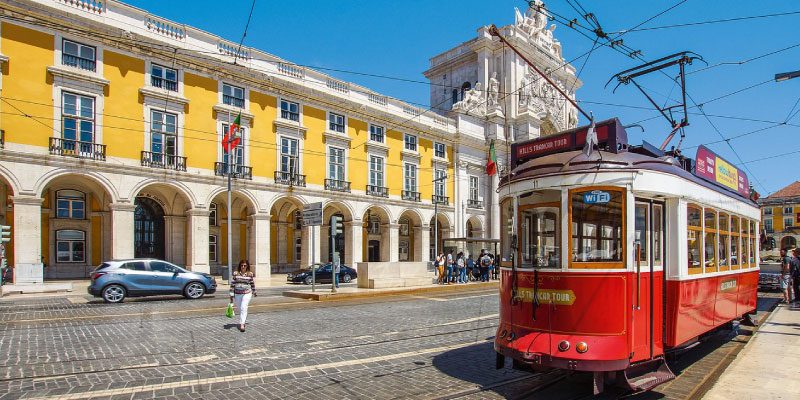 EHLION’s specialized translations into Portuguese ensure you get outstanding results in your target language.

In addition to its wide range of other languages, EHLION offers translations both from and into Portuguese. From technical documentation and terminology projects to the localization of your company’s website, our qualified translators and project managers will focus on getting your translation project exactly right.

Would you like to hear a sample of someone from Portugal speaking Portuguese? Click the play button to get an impression of how Slovene sounds. The Portuguese language includes elements such as nasal sounds and diphthongs which are not used in English. The melodic nature of Portuguese is perfectly suited to the fascinating and internationally renowned style of music known as “fado”.

One of Portugal’s most famous literary figures is Luís de Camões (1524-1580), whose masterpiece “The Lusiads” is considered to be one of the greatest works of Portuguese literature.

Regarded as Portugal’s national poet, his status is underlined by the fact that the institution entrusted with the worldwide promotion of the Portuguese language and culture is known as the Instituto Camões and Portugal’s National Day (“Dia de Portugal”) falls on June 10, the date of Luís de Camões’ death. The audio sample features the first two verses of the first canto of The Lusiads (Os Lusíadas). 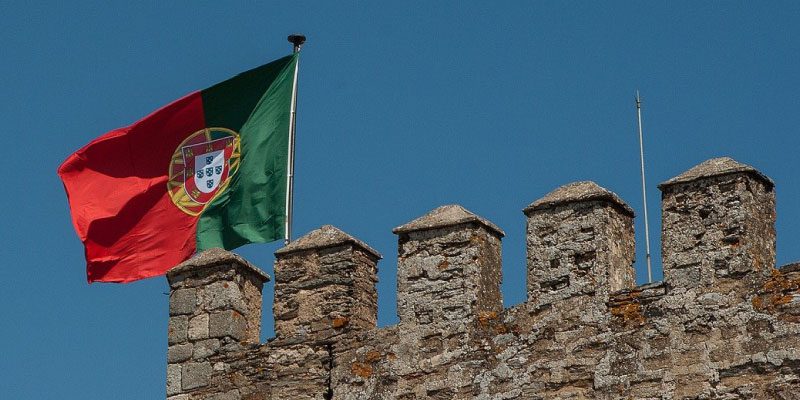 Get a Quote for Portuguese translation
Did you know...?

The writer Reinhold Schneider (1903-1958) left us a wonderful description of the Portuguese language, the essence of which is as follows: “The Portuguese language is soft, vague, and so drenched in emotion that it almost loses its rhythm; it is the language of apostrophes, contractions and consolidations, of mingling and flowing. Condensed from an almost subterranean temperament, it happily skips over whole syllables of its Latin roots, rushing ahead when spoken only in its haste to die away in its very effusiveness […].”

He vividly compares the Portuguese language and the flow of people’s speech with the River Tejo, evoking how this pours into the open sea and blends into the ocean’s infinite loneliness and solitude, “in particular during a lingering sunset in early fall”.

The linguistics take on Portuguese is a little more prosaic: due to its extraordinarily complex phonetic structure, it is considered to be one of the most difficult foreign languages to learn. As well as 25 consonants, Portuguese also has a relatively large number of vowels and diphthongs (i.e. double sounds consisting of two vowels), many of which have a nasal sound.

Portuguese is spoken as a native language by more than 215 million people, making it one of the most widely spoken languages in the world. There are also some 30 million Portuguese speakers who have learned it as a foreign language. Portuguese belongs to the Romance branch of the Indo-European language family. Portuguese colonialism spread the Portuguese language throughout the world, particularly in the 15th and 16th centuries.

Nowadays it is spoken in Portugal, Brazil, Angola, Guinea-Bissau, Cape Verde, Mozambique, São Tomé and Príncipe, Macau and East Timor. According to UN estimates, Portuguese will have more than twice as many speakers by 2050 as it does today. This is because of the huge growth in population in Brazil and in the PALOP countries (Portuguese-speaking African countries that form part of the interstate organization known as the Países Africanos de Língua Oficial Portuguesa).

Portuguese is also a wonderfully varied language that features numerous dialects and distinct regional variants, including major differences between European, African and Brazilian Portuguese. In light of this lack of standardization, the eight countries that make up the Community of Portuguese Language Countries CPLP (Comunidade dos Países de Língua Portuguesa) decided in 1990 to standardize the language’s spelling rules. Despite some initial resistance, the Portuguese Language Orthographic Agreement, or “Acordo Ortográfico”, came into force in 2009 with a 6-year transitional period. Enactment of the spelling reform means that by 2015 the Portuguese-speaking countries will, at least, have a unified orthography.